KNOW THE NO: A Session On Sexual Harassment on International Women’s Day

8th March 2019, on the occasion of International Women’s Day, we at 3 minds digital invited a professional POSH (Prevention Of Sexual Harassment) coach Smita C Kapoor to our office to conduct a seminar on Sexual Harassment that is often experienced at a workplace. Although we’re a digital marketing agency that enjoys a liberal and open work culture, it was imperative for our employees to be aware of the dos and don’ts at the workplace. 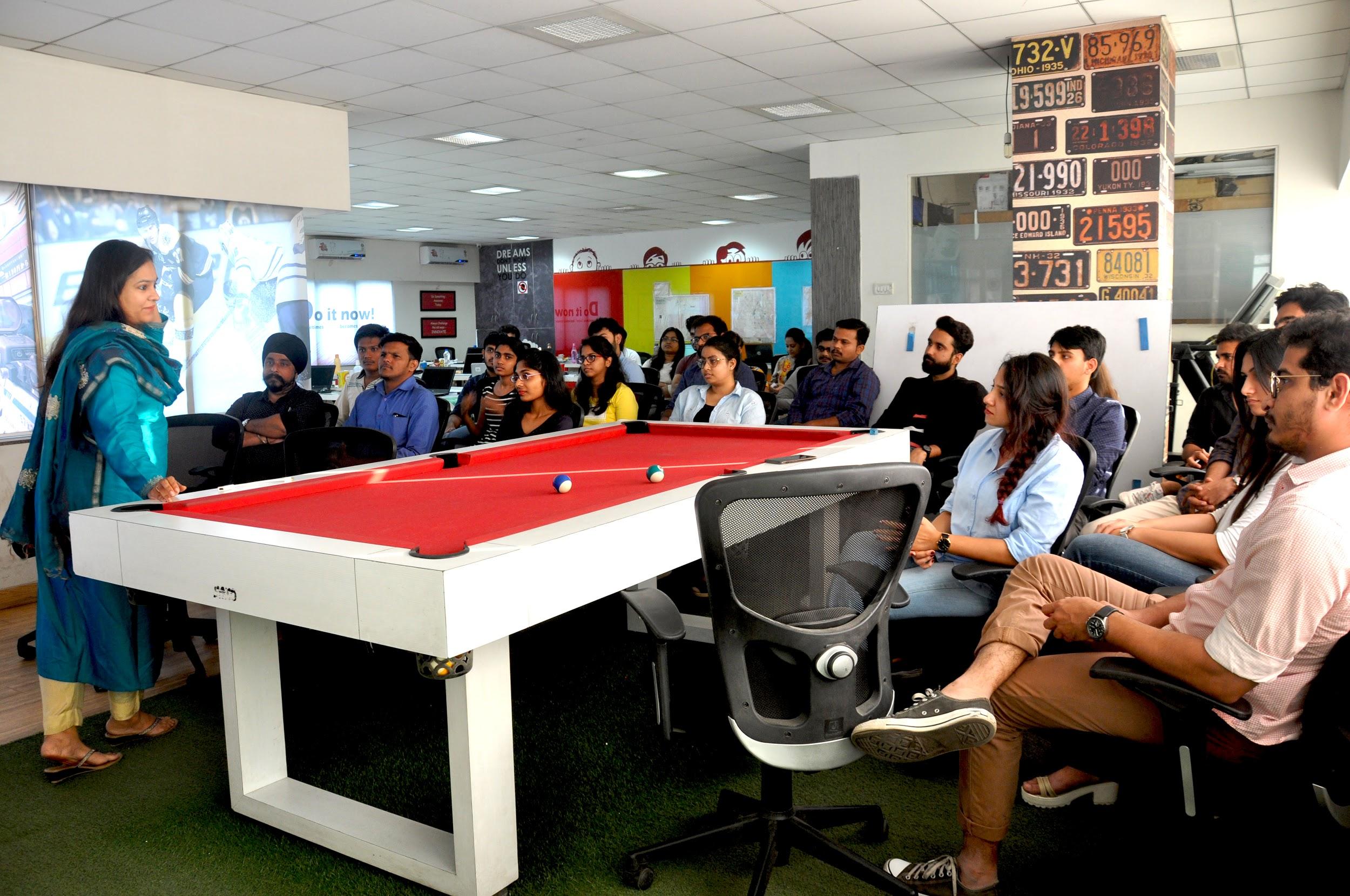 As work friends and colleagues there is a mutual admiration and respect that is shared among each and every member. We may be working in a coworking space but there are always certain limits that we know we shouldn’t cross. But there may have been times where we have overstepped certain boundaries without even realizing it. To help put this into perspective, we were taken back in time.

It wasn’t until the late ’90s, that sexual harassment was taken as seriously as it is taken today. It was never conceived to be a part of the India Penal Code (IPC). That was before the Vishaka case took place, where the NGO took a case of gangrape in Rajasthan to the Supreme Court challenging the Rajasthan High Court verdict. After this matter was raised, the Supreme Court noticed the lack of legal recourse for Sexual Harassment at the workplace and sanctioned certain guidelines of statutory value that were to be followed until a legitimate law was enacted by the Parliament.

After a prolonged legal battle, and 16 years of injustice, the Vishaka guidelines were replaced and were now known to be the Sexual Harassment of Women at Workplace Act, 2013.

BUT WHAT IS SEXUAL HARASSMENT?

Simply put, sexual harassment is the behavioral pattern characterized by the making of unwelcome and inappropriate sexual remarks or physical advances that may occur in a workplace or any professional or social set up.

But Sexual Harassment isn’t something that is restricted to the female gender, even men can feel its effects.

Have you ever wondered that maybe those friendly shoulder rubs might be invading an individual’s personal space? Or maybe a handshake that has exceeded the routined 3 seconds has crossed a personal boundary? While we completely related to what Smita was trying to say through these instances, we were amazed at the factors that played a role behind this.

Let’s get right into it.

Here are some things to remember when you relate Sexual Harassment at a workplace:
● Intent
● Impact
● Sexual Connotations

Intent:
When we speak about intent, we are basically dwelling on the intention that a person may have while acting a particular way. This may constitute your verbal and nonverbal approach towards anyone or even a particular problem.

Impact
The intent is something that comes from within oneself. But the impact it may create is completely out of the individual’s control. As a result, that action may be perceived in a particular way as per its impact, regardless of the way it was supposed to.

Sexual Connotations: This is something that is very common in the workplace. Almost every second sentence that is spoken in a friendly work environment is normally sexual in nature. These connotations are a culmination of both Intent and Impact. Let’s say a sexual remark is made by an individual with an intent to make it hysterical, but the impact it may have on the recipient may not be welcome. Hence, resulting in a situation of sexual harassment.

Having been in a coworking space for most of our corporate existence, we learn new things every single day. Be it dealing with our clients or even in our basic employee code of conduct, sexual harassment is something that never has and never will be encouraged. With various workshops undertaken to educate every employee, we’ve learned to impact people’s lives, without using any sexual connotation, with the sole intent of making a difference in the world today.

As a growing company, we truly believe that Sexual Harassment is something that needs to be eradicated completely. Not only at the workplace but from society in general. Being a Design and Digital Marketing Agency that aspires to be the best with each passing day, we’re happy to be growing and making sure there are fewer or no such encounters experienced at the workplace. We’re just a bunch of creative nerds who enjoy a sense of oneness and unity with each other.

Thanks to our POSH coach Smita C Kapoor, who really made our session as interesting and as detailed as possible, we can gladly proclaim, we’re all POSH-ed up.