How Artificial Intelligence Is Transforming the Digital World

In this technology-driven world, change is the only constant. Just like seasons, life, people, and choices, technology changes too in order to make our lives easy-peasy and better. There’s no denying the fact that Computer Science has done wonders in our everyday lives. In the pursuit of technological achievements & advancements, we can call ourselves fortunate enough to have discovered this term- Artificial Intelligence, which has taken the world by storm and transforming the way we do things like a wildfire.

So, if you’re bitten by a curiosity bug and want to explore the profound realm of Artificial Intelligence, then reading this article will certainly not leave you in regret. Let’s get started!

What Exactly Is Artificial Intelligence?

In the language of Computer Science, AI strongly focuses on developing intelligent machines and software to carry out the tasks with perfection & ease which are commonly performed by the natural intelligence inherited in human beings. It’s surprising but a gospel truth that besides humans, machines can also make sound decisions, recognize the voice, identify images, and translate languages. 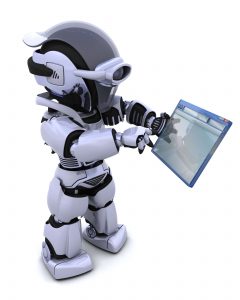 Needless to say, AI technologies are giving an exponential boost to several industries & businesses. Some of the tried and tested ones are mentioned below that have left an indelible impact on companies’ growth:

The idea of having robots around has always intrigued us to the core. Thanks to this technology of AI which has made this dream a reality. In order to automate mundane, rule-based business processes, and free workers from performing tedious tasks, RPA is used to streamline operations and reduce costs required to employ human workers.

Can machines think? Can machines do what humans can do? Well, the answer to these questions is – ‘Yes.’ Sounds fascinating, isn’t it? This is the beginning of the new era wherein machines will learn from their own experiences and observations.

With the help of this AI technology, a machine can learn and build the logic on the given data once you feed the generic algorithm in it without even writing the code. It is all about making accurate predictions using computers and effectively performing a particular task without using explicit instructions.

This is one of the most wondrous technologies with the help of which a device is able to identify and respond to the spoken language produced by a human. Siri is one such intelligent virtual assistant that can transcribe words and phrases to answer questions raised by users.

It’s no exaggeration to say that these technologies will certainly revolutionize the way humans do business. Nevertheless, before jumping on the bandwagon of implementing AI, it’s good to know what all it entails.

Pros and Cons of Artificial Intelligence

Here are the Pros:

Let’s have a close look at the cons:

In recent times, it has been witnessed that the wave of Artificial Intelligence has impacted almost every sector, and experts firmly believe that it will continue to rule the world in near future. From smartphones to chatbots, AI has a lot of things in store for us. On the other hand, some say it can be a threat to humankind as it might lead to unemployment and supersede humans. Its advantages and disadvantages should be carefully weighed before jumping to conclusions.

Related Posts
How to create an Online Reputation Management Stra...
Damn! How could you make those mistakes on social ...
Emerging App Development Trends – 2018
7 Reasons Why Social Media Marketing Is Important ...
No Comments
Write A Comment