ShortsTV is a global hub for short films. With a well established base in the European and American markets, they possess the world’s largest catalogue of high-quality short films available on TV, online and in theatres. Showcasing over 2000 short films, partnered with Tata Sky, they successfully launched their channel in the Indian market on 16th November 2018. Introducing the short film industry to the Indian market, making the viewers aware, about this quick form of entertainment, ShortsTV reaches out to a larger audience of film enthusiasts, budding actors and directors, as well as short film production houses. Our digital marketing strategy lay focus on delivering insight into the short film industry, by adding a few famous faces & their achievements. Along with the promotions of various genres, as well as films and connecting with the viewers through trivia and contests. 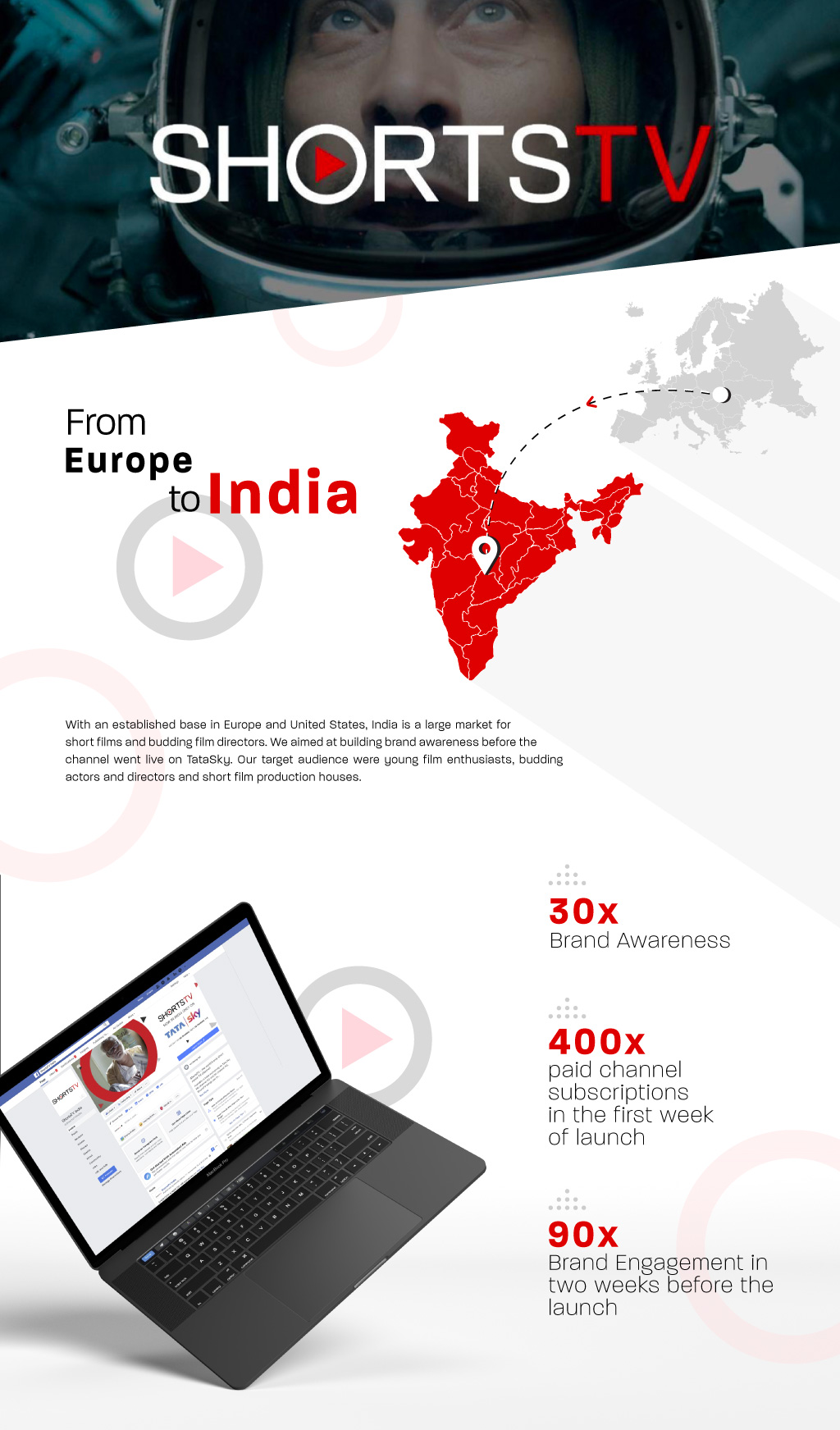 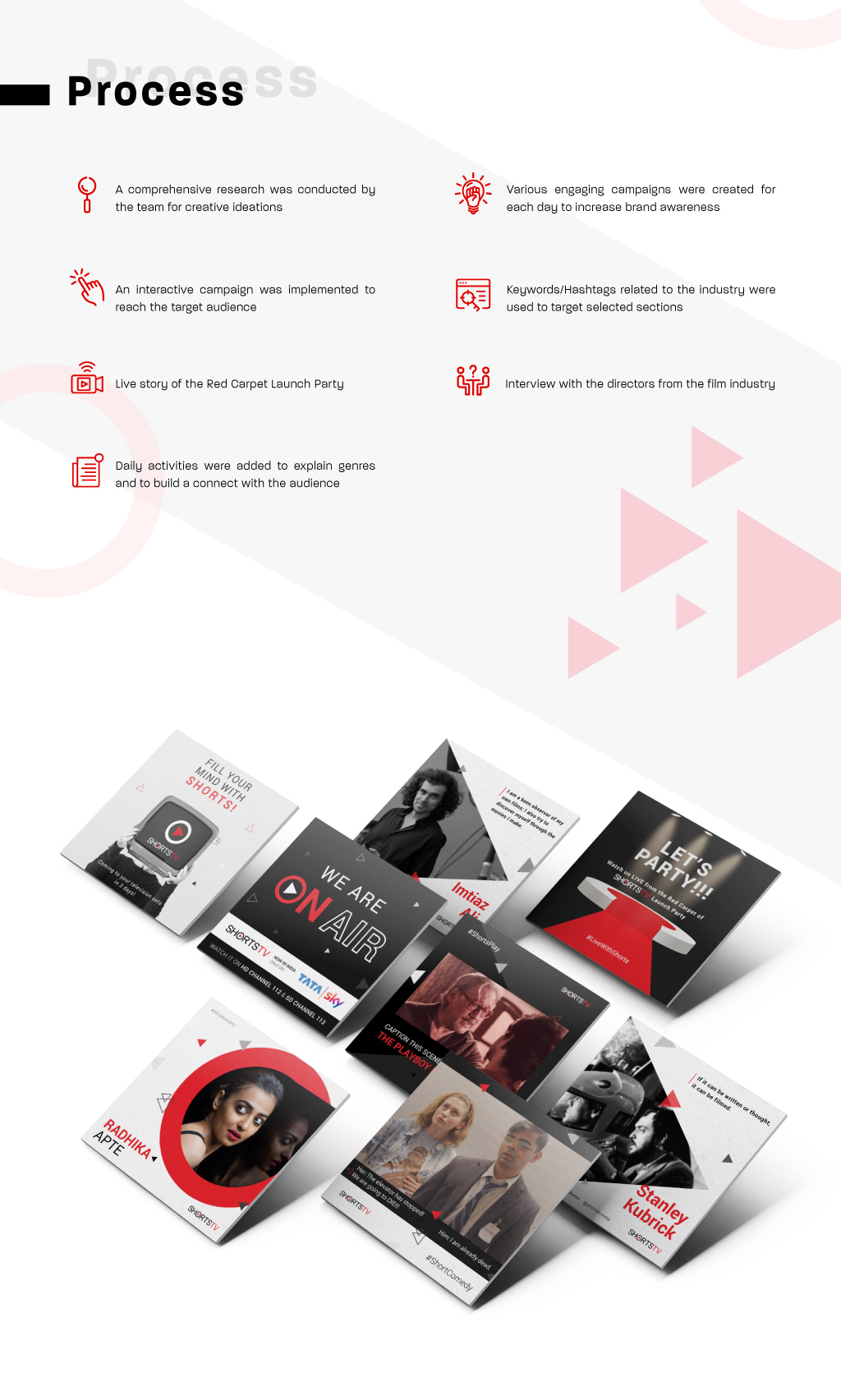